This November we all are about to “Pray they don’t come for you” after a very promising The Heretics trailer. Directed by Chad Archinald, movie is going to be premiered on the 6th of Nomeber by Uncork’d Entertainment. 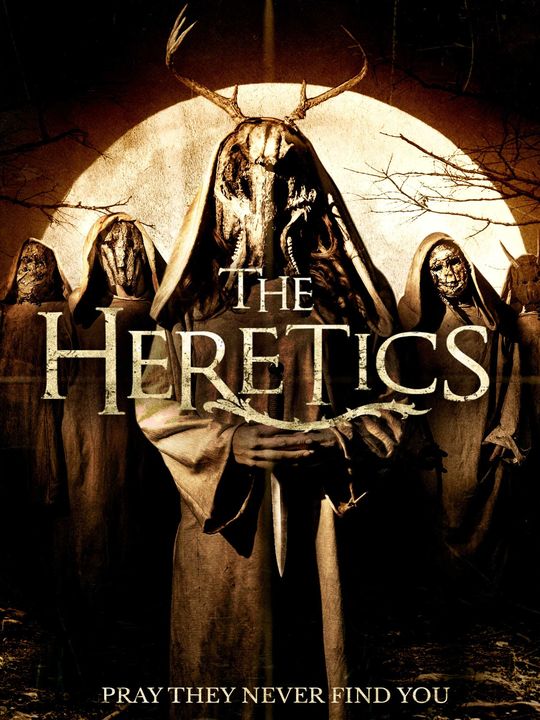 The story features a young woman, who is abducted by a very hideous man. He claims that there is a mysterious cult hunting her. Kind stranger’s aim is to save her from a potential threat until the sunrise but she falls terribly ill nonetheless. Family and friend start looking for her, while the illness develops. At some point it turns out that it is not about the illness but, rather, the transformation.

Directed by Chad Archibald, The Heretics are going to get a screenplay, written by Jayme Laforest. Both specialists have already collaborated previously on the horror thriller Bite. Archibald’s debut occured long ago, back in 2010, when he finished working on the fantasy thriller NeverLost.

A bit more detailed plot of the movie is presented at IMDB:

A notorious cult kidnaps a young girl, and sacrifice themselves by the light of the locust moon. The next morning the girl awakes, caked in dried blood and surrounded by corpses…but safe – or so she thinks. Years later, the locust moon is about to rise again and the girl is captured once more by a surviving member of the cult. She is taken to a remote cabin where she learns that a demon has been growing inside of her all these years, and before the dawn it will rise.

The main part in the movie belongs to Nina Kiri – she is about to transform into something unnaturally terrifying. Kiri’s debut was made in the Geek Charming and later she played in Supernatural. Her big screen debut, on the other hand, was made much later, in 2016, when she played in another thriller The Haunted House on Kirby Road and an action movie Super Detention.

This time we have a possibility to see Nina transformation during demonic ritual.

Bumblebee seems to be the best transformers movie so far

The Possession of Hanna Grace poster is terrifying
Scroll to top