Visual art takes many different forms and, as with every art, it continues to change with the society that consumes it. Comic books (or, rather, American comic books in our case) is a genre that defied expectations and critics at every turn.

Started as a medium dedicated strictly to humor and amusement (hence the name) it expanded its vision and over the course of its existence dealt with many topics that in the past were a domain of “serious”, non-visual art forms, such as literature.

Much like the human history itself, history of American comics is separated into periods and while the debate still goes on (again, much like with human history),

most of the academics and writers recognize 4 distinct periods: 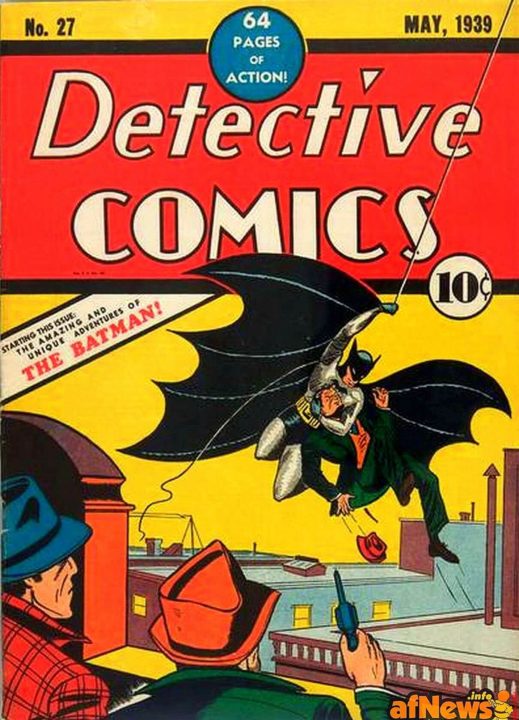 This article will talk about The Golden Age, the era in which the comics took their current form and many of the cultural icons we know and love now have been created and taken shape (although they’d go on to be through many iterations).

The thirties were a turbulent era for the United States. The Great Depression, The Prohibition, The Great Dust Bowl, the most severe heatwave and the coldest winter in the history of North America. With this much depressiveness and grey future ahead, the entertainment market was booming. Myriads of now classical films and books were created during that time, as people flocked to cinemas and bookshops to escape the drudgery of existence. Comic books were no exception. People wanted colorful, bright and vivid.

We generally recognize the birthday of modern American-style comic book as June of 1938, when after years of attempts to put their talents to good use, a creative duo of Jerry Siegel and Joe Shuster have managed to publish the very first story about an alien from the planet Krypton that became an American symbol on part with the Star-Spangled banner and apple pie – Superman.

But Superman was an alien, a Man of Steel but not of this Earth. People wanted also to see the best of humanity fighting crime, as real-life failed to provide any meaningful examples, with gang lords dominating the news. A year later after Superman, his greatest partner and the greatest detective in history was born. Molded by the desire of vengeance and fear of bats, the first story about a yet another American cultural icon, Bruce Wayne, a.k.a. Batman was published in May of 1939 in Detective Comics #27 to critical success (the cover of the comic is also at the beginning of the article).

The genre took off. But the world war was coming and out of the need to show the resilience of the American spirit in the face of adversity, another comic hero was born. Steve Rogers a.k.a. Captain America, a frail young man who answered the call of his country and volunteered for an experiment that turned him into a peak of human condition. He then went to fight with enemies of liberty, justice and the American way around the world.

Comic books continued to be successful during the Second World War but they usually suffered from poor writing and erratic continuity. However, the period is called The Golden Age of comic books for a reason. Besides the characters already mentioned, most of the superheroes we know and love were introduced during that time, as well as the archetype of a superhero as a person with superpowers or financial backing to do good was established.

For all that, however, it didn’t stop comics from losing their popularity after the war. As America emerged a global superpower after WWII there was no need for this kind of entertainment. The war was won, the times were good and there was actual hope for “peace in our time”. There was also a respectable doctor published a book (refuted completely in the later years) where he makes a connection between crime, aberrant behavior in children and comic books, prompting the Congressional hearing on the matter and the establishment of the comic books censoring authority.

Many thought that comic books were done for good. But then an Iron Curtain was up, the Reds took half the planet and the whole world took a deep breath expecting another war to go down. It did. This one was Cold, however. People needed heroes again and then the new Flash, Barry Allen, ran to the readers, heralding new times and changes, opening a new, Silver, the age of comics. But that’s a story for another article.

Also, check out our article about 20 most overpowered DC characters here and as always – don’t forget to share this article if you liked it and stay tuned for more content at Rextale! Where To Read Comic Books Online? Behind the scenes of “Trapped Flame”
Scroll to top