Behind the scenes of “Trapped Flame”

Very rarely have I ever found comic books that have it all: interesting style, story, the feel of the universe in which it is set and other things. The pleasant exception is ” Trapped Flame” and today I’m glad to meet the talented creator of this comic, that goes by the handle “Red Bast”.

I barely read any comic books with exception of amateur ones made by my artist friends. The main driver and the inspiration for doing this was music. I think it’s safe to say that music is the co-creator of all my work. Every situation in the comic or on every page was inspired by a certain song.

All heroes of the story are fictional characters. At the same time, however, many have certain traits of character that were borrowed from real people, including the creator herself. :)

The first chapter was created during a huge emotional uplift and a desire to tell the story and it was drawn the fastest of all – within half a year or less. However, I had to completely re-draw it after next few chapters because as my drawing skills improved, it looked weaker than the rest.

Every chapter that followed took varied amount to finish, depending on the time I can spare for it and a lot of other external factors.  On average I spent from half a year to two years per chapter.

The hardest challenge is to draw as the story hastily unfolds in your head. When you’ve seen and lived the final chapter but you still need to make the first pages of first chapters. Also, some things I had to draw for the first time, which caused me some discomfort, however, it turned out to be more of net positive in the long run.

I’m not very knowledgeable in terms of comic books, as I prefer books proper to them. The only comic book I have ever bought was X-Force: Sex & Violence, –  a short story about Wolverine and Domino, which has some exceptionally expressive art. I actually bought it purely for this aspect but I also like the characters themselves and how they look relatively well together. :) 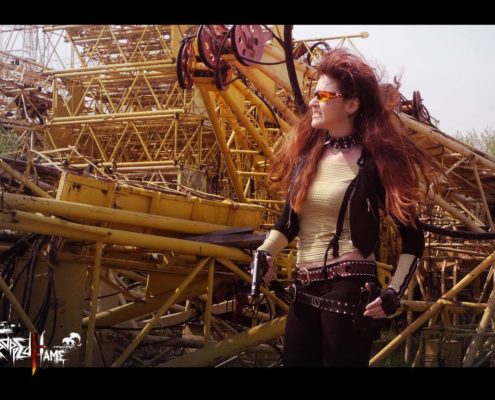 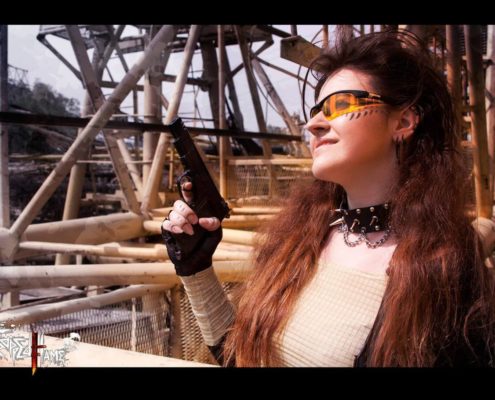 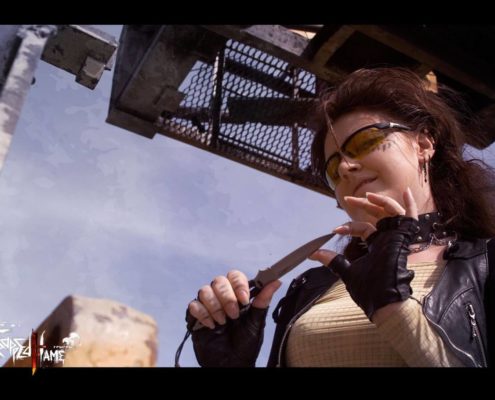 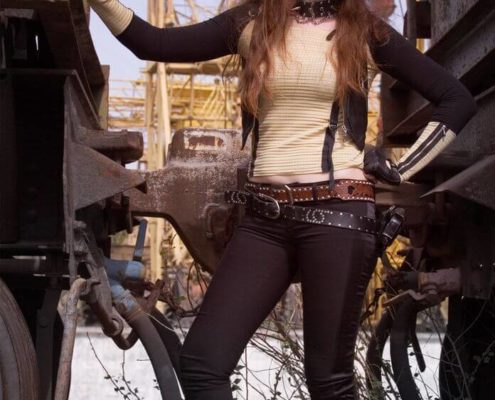 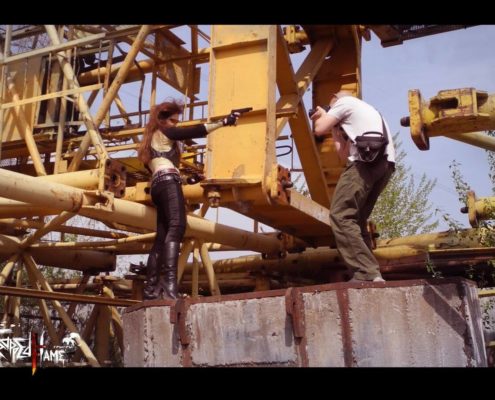 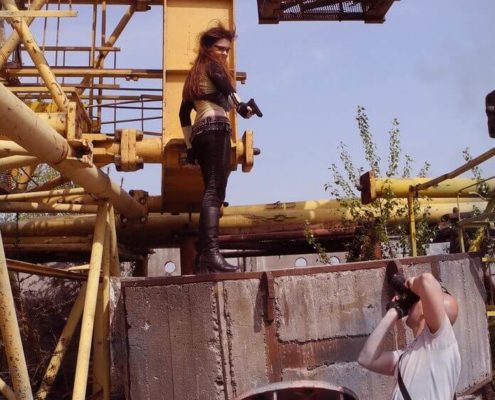 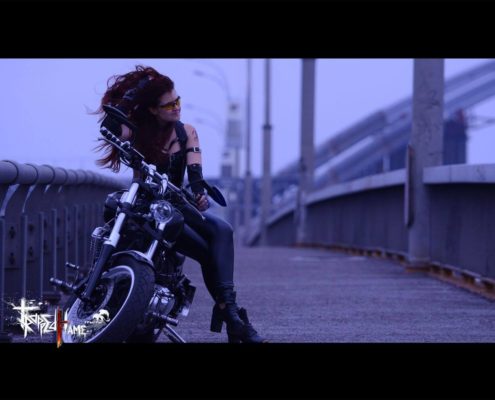 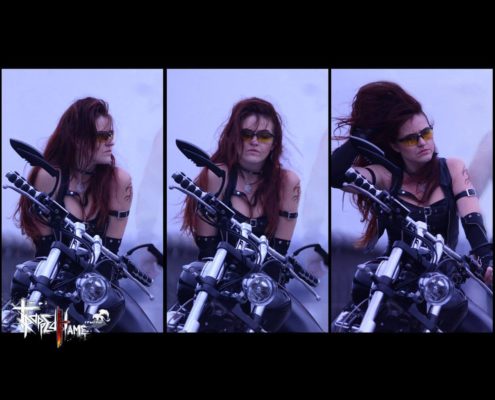 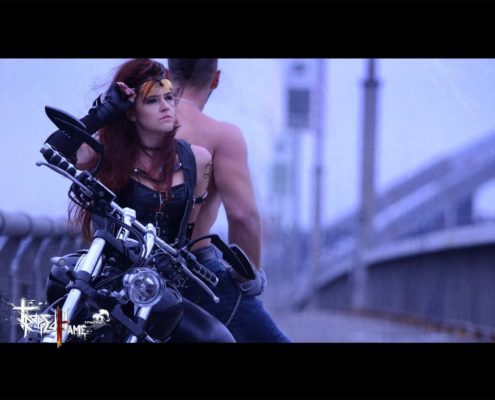 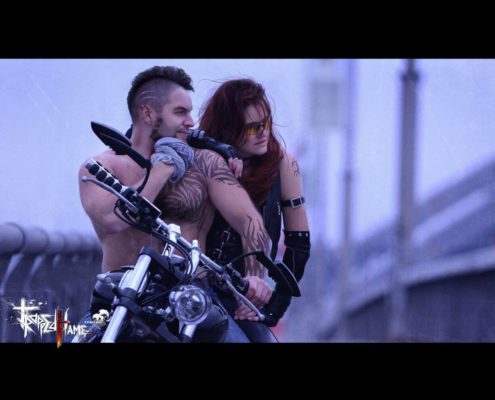 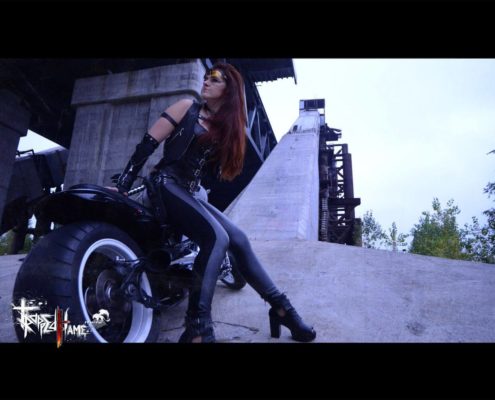 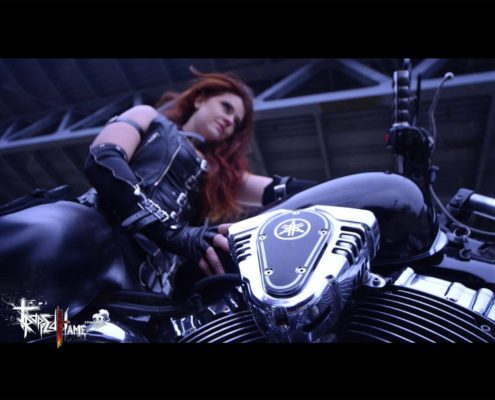 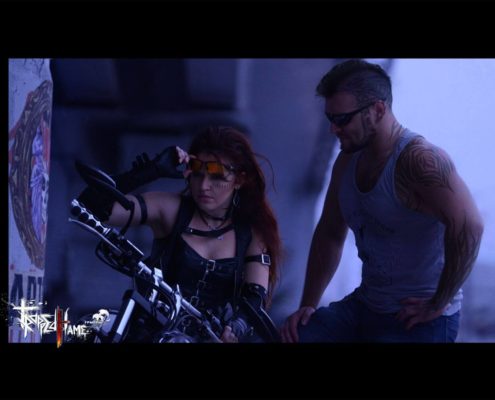 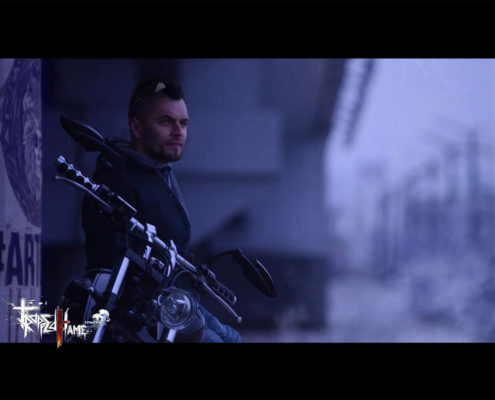 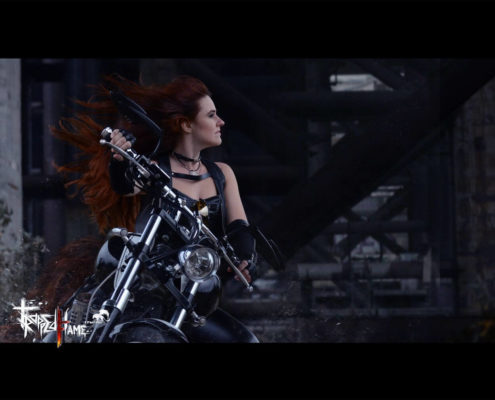 I actually did that twice, this link is from 2013, the first time when I cosplayed Geist wandering through the hardware graveyard. I did it the second time in autumn of 2016.  Then I put much more effort into cosplaying Geist and also invited an actual Verakt. :)

The style was chosen according to my personal preference and convenience of implementation. I prefer black and white to color and that it was it is prevalent with exceptions necessitated by certain situations. It also represents the mood of the universe it’s set in, again, with certain parts where the comic panels become bright and color changes to emphasize the atmosphere in which certain situation is happening.

I consider relations between a man and woman as one of the most beautiful and interesting parts of our life. However, I rarely encountered well-made stories with a matching art component about that. I wanted to fix that. :) 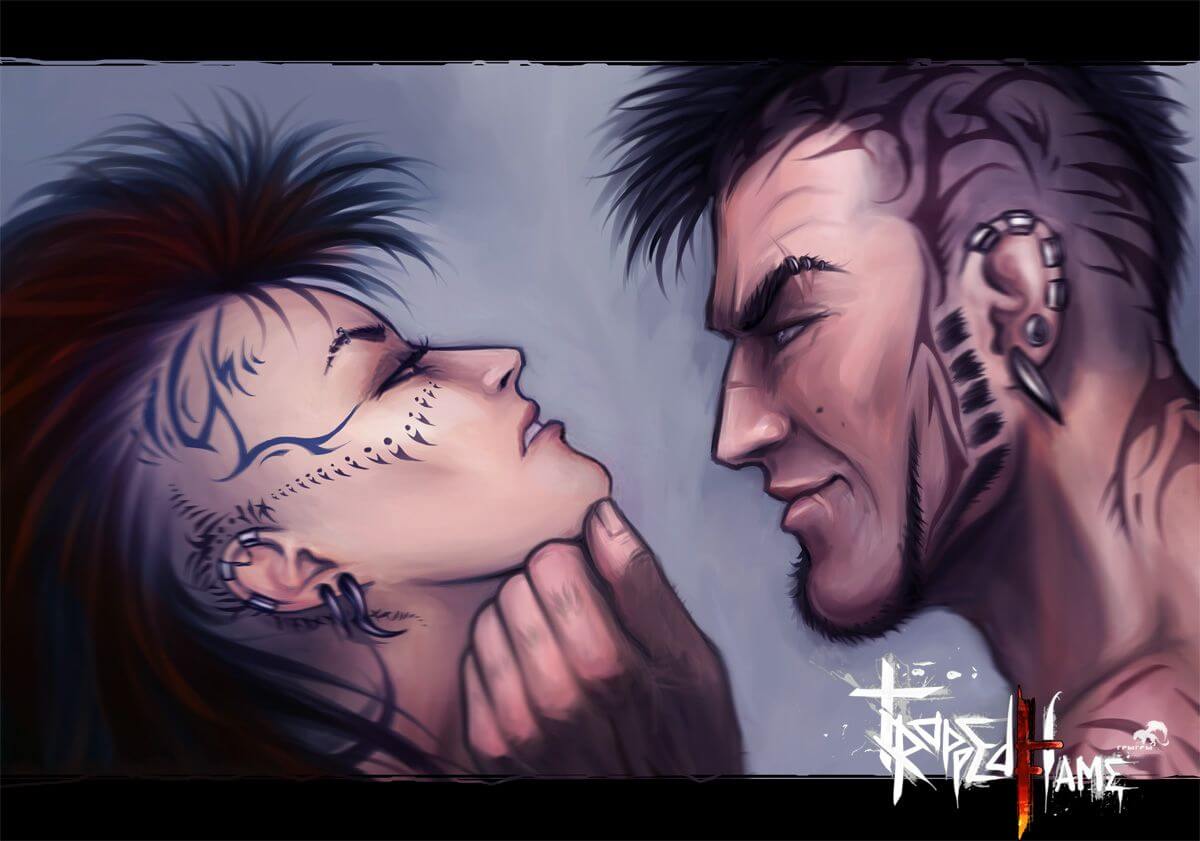 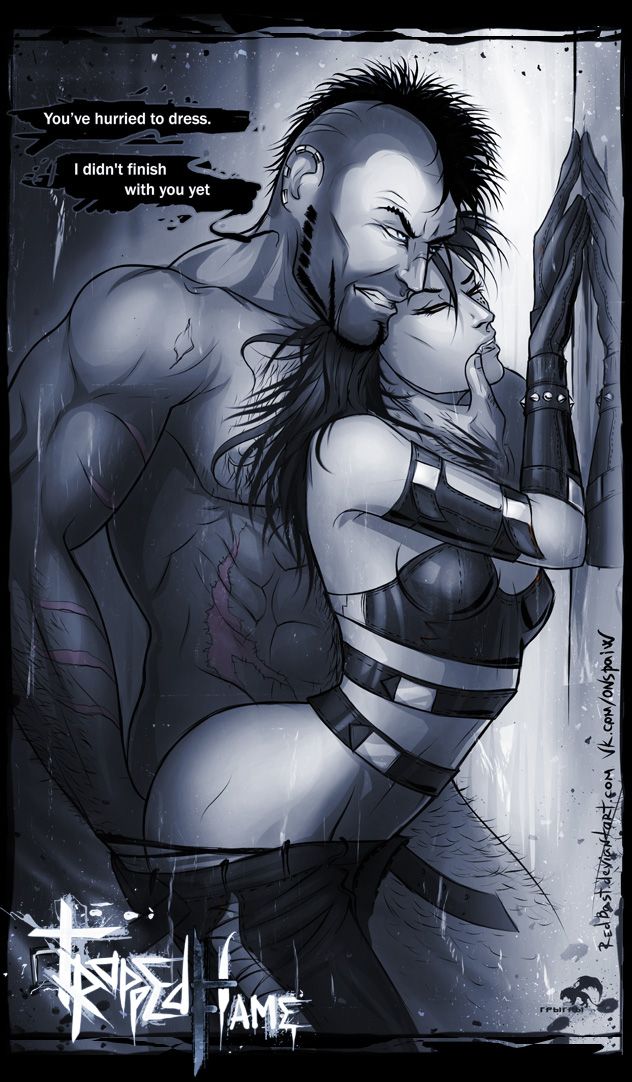 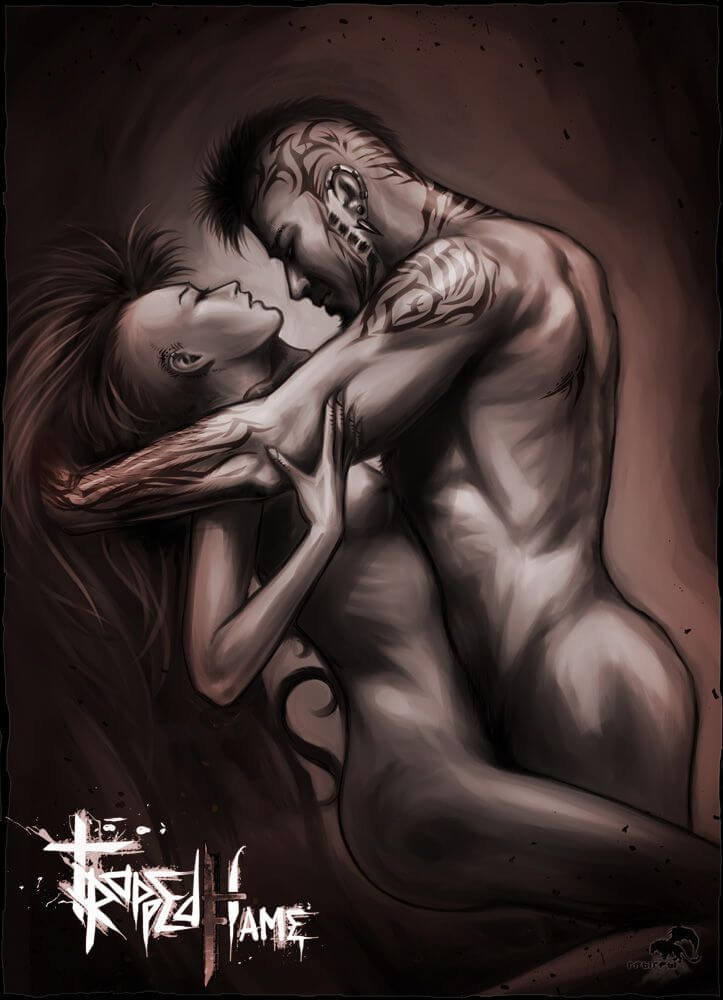 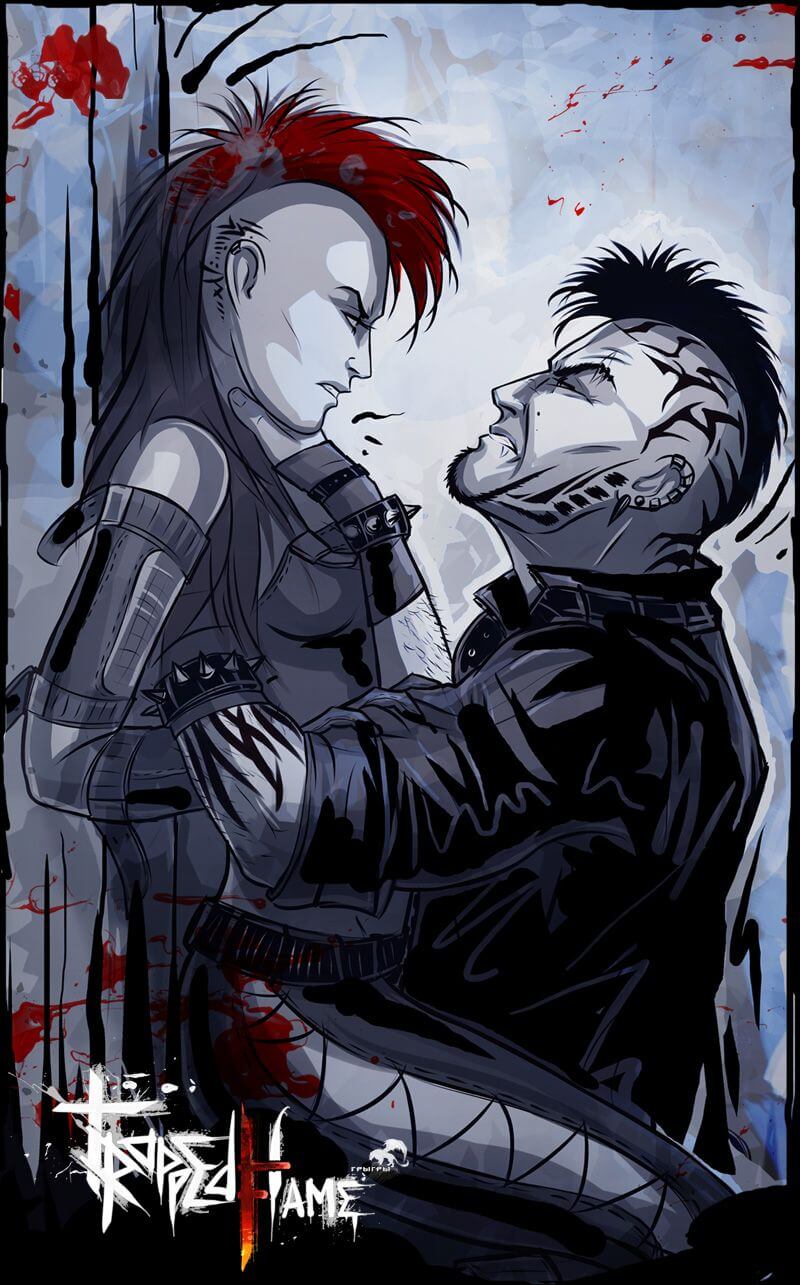 Name Geist is a part of her full name, which is Fuchsgeist, German for “fox spirit”, which explains the nature of the character. More detailed explanation will be provided in the story. 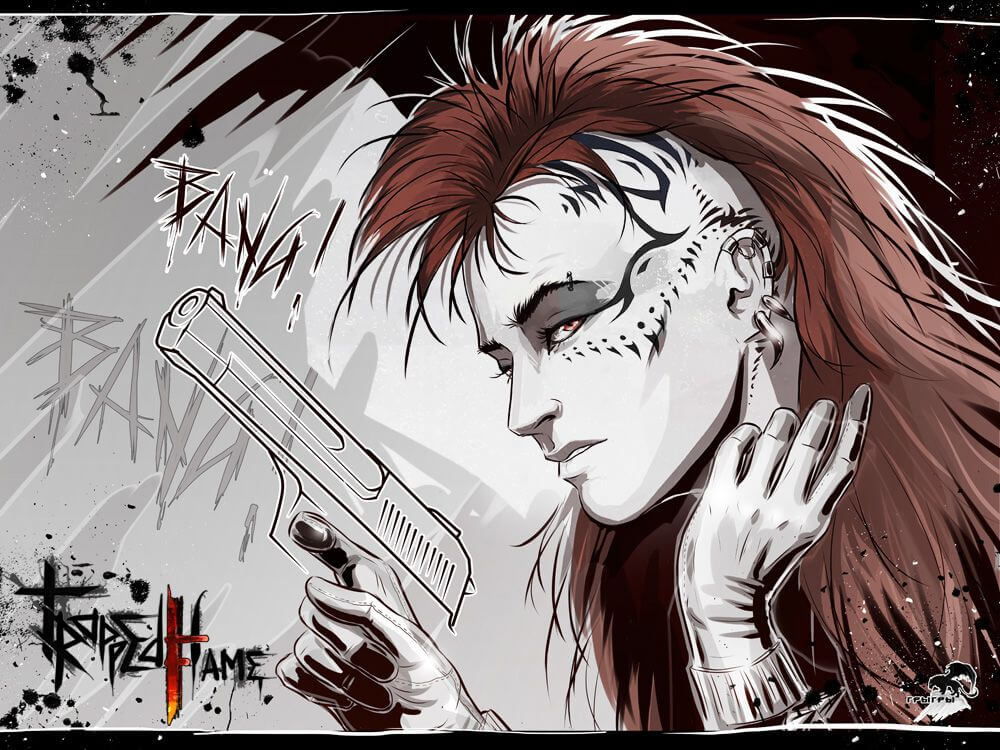 As for Verakt, it’s a long story.
His full name is Viktor Raynor, which is a sort of irony and a joke with a few meanings.  Name Viktor meaning “a winner” and Raynor meaning “a brave warrior”.  His alias Verakt could be interpreted in two ways: first – a slightly changed German word “verrückt”, which means “crazy” or “mad” and also it’s an abbreviation of German words “Verteidigung akt“,  which translate to “act of defense”. 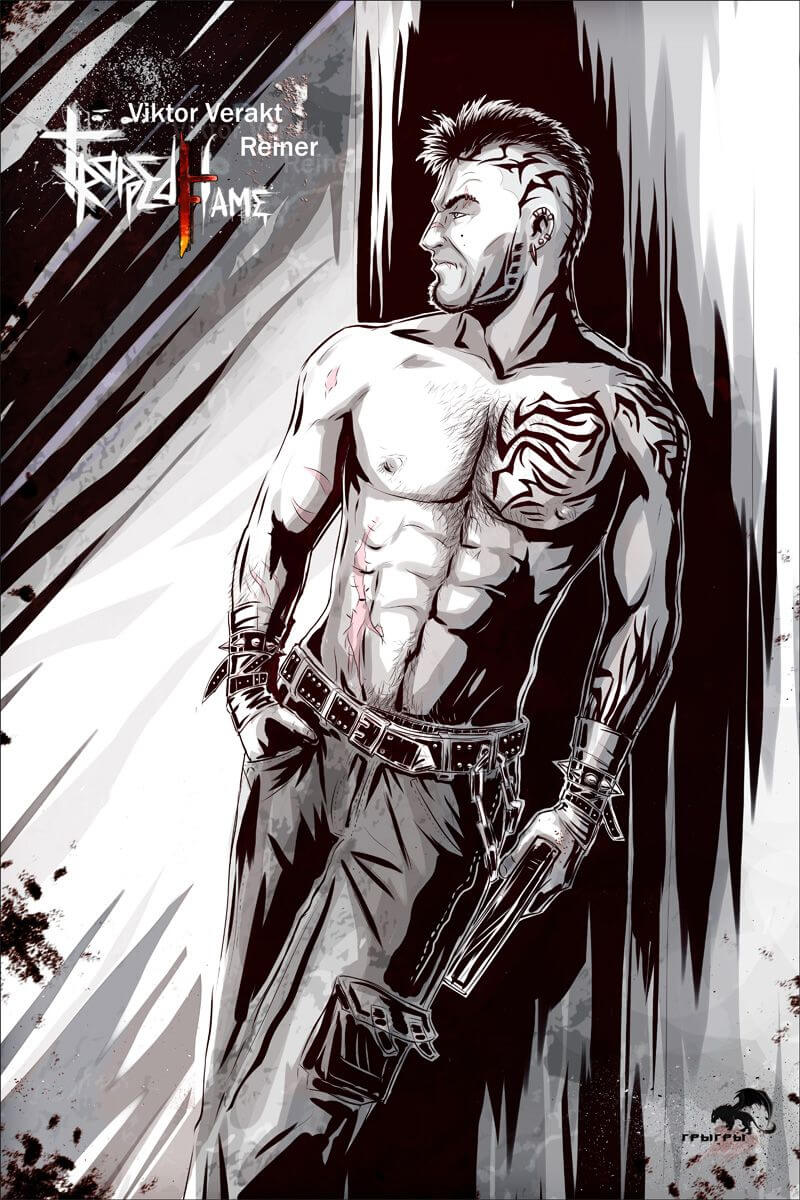 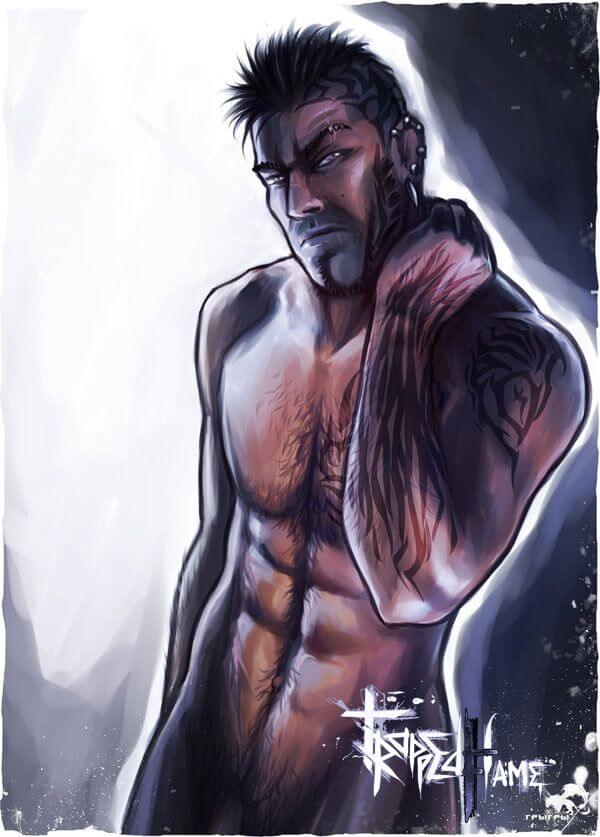 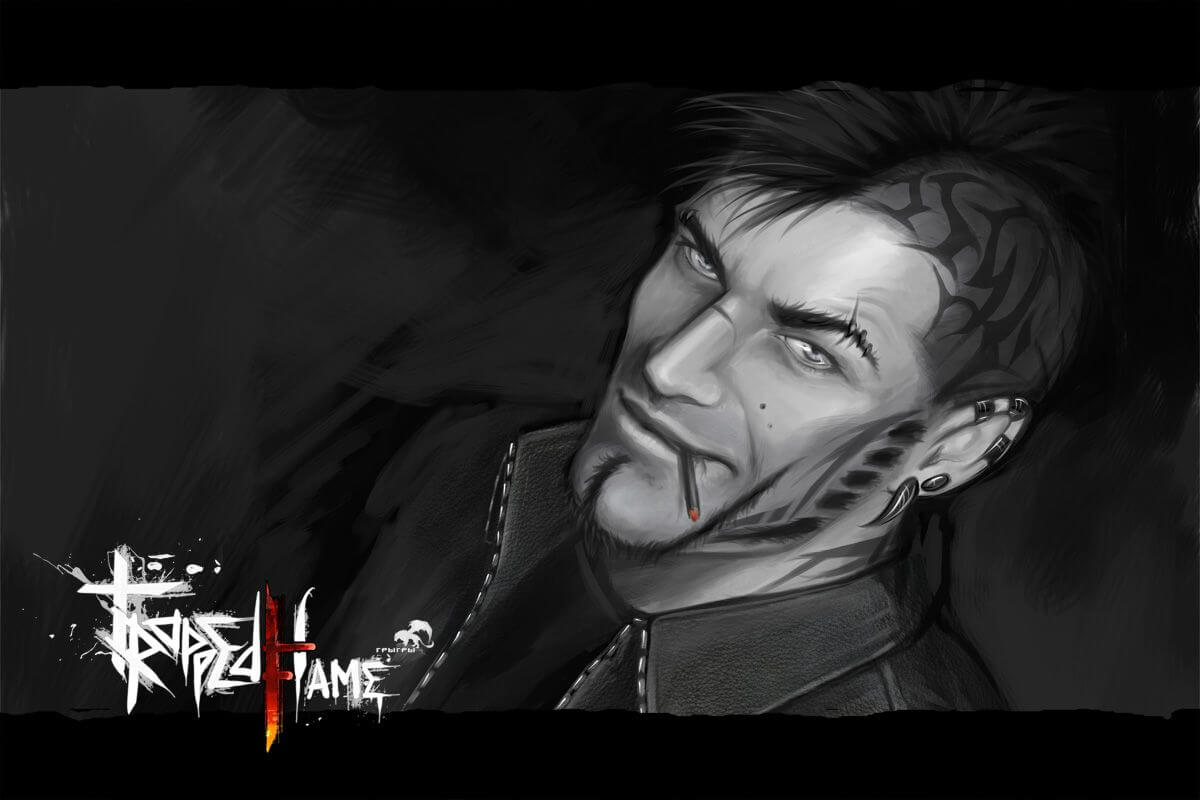 I don’t think so. Comic book films only fueled more interest to graphical novels in general and comic books in particular.

I’m doing art  for such a long time that I really do not care about negative feedback. The first comic book? It was a long time ago that I barely remember what fears I’ve had back then.

In any case, there will always be people who’ll enjoy what you’re doing and people, who will criticize everything you do. You shouldn’t try to appease everyone, it’s impossible. You should strive to do what you like and fans will find you on their own. Sometimes even more than two. :)

And why not? Considering the ability of the main heroine to move between worlds, next story could possibly be about impossible adventures in some fantasy world that she ends up in. Something more thoughtful, on the edge between a dream and reality. If, of course, she’ll be able to get out of what she’s gotten herself into. 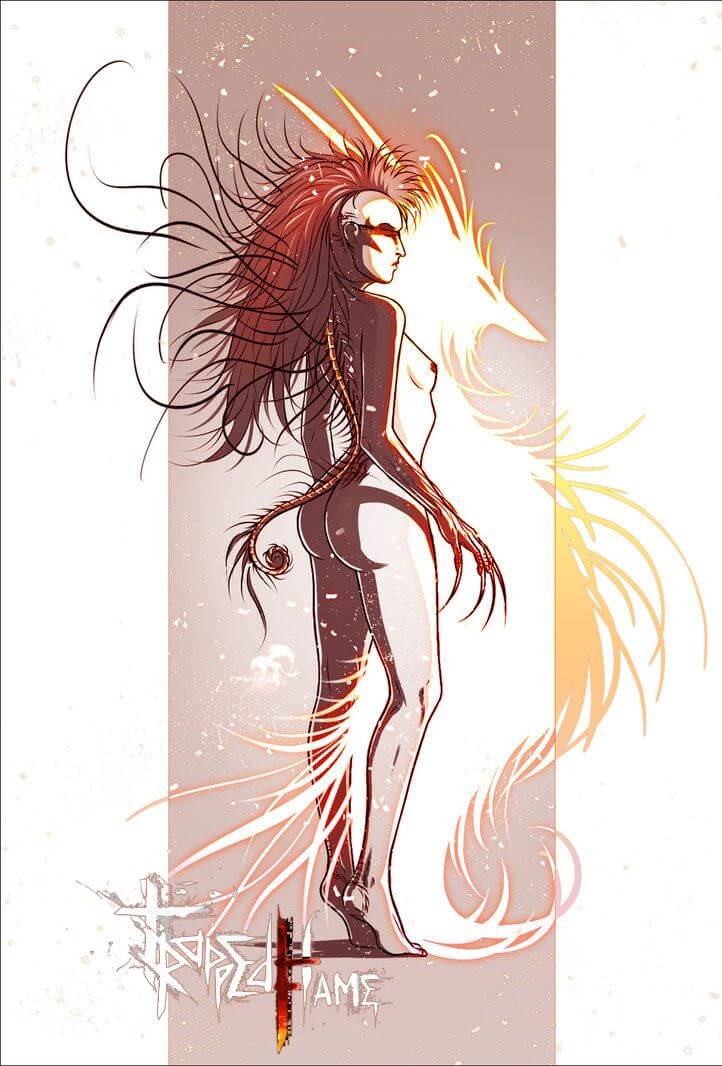 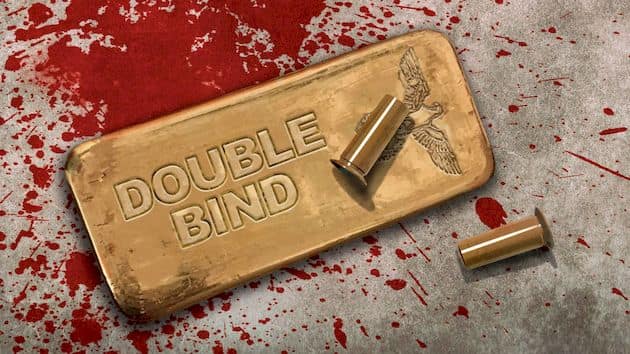 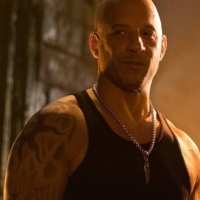